What You May Not Know About the Benefits of Caffeine

Caffeine is natural substance that is rich in coffee, tea, chocolate, and cocoa related products. It is the most widely used in our daily food and beverage consumption. While it appears not to attract high attention from its consumers, caffeine has a big deal of surprising benefits to people’s health and lifestyle.

Have you ever wondered why people like to drink coffee in the morning? For most of us, morning is the most important time of the working day. We need to stay focused and attentive. Highly caffeinated coffee provides us with energy. The caffeine in coffee, according to a research, helps increase alertness, enhance attention and reduce the perception of fatigue. (Reproductive and Developmental Toxicology, 2nd edition). 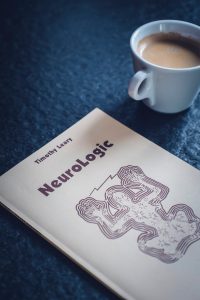 There are other benefits of caffeine consumption as discovered by some scientific researches.

Caffeine helps increase memory. A new study of Johns Hopkins University published by the journal Nature Neurosciene showed that caffeine pill helped boost memory consolidation. The research was conducted with two groups of people who do not drink coffee or tea. One group was blindly taken 200mg pills that contains caffeine and the other group was not. In the next day, they were asked to describe the pictures they saw the day before. The group which took the pills always remember better than the other group.

Caffeine enhances your metabolism. Various studies showed that caffeine helps increase your body’s energy expenditure and then burn fat. The intake of 200gr of caffeine can increase your metabolic rate by 7% in three hours. It also explains why caffeine is added to the weight loss supplements you can find in the drug stores. In some studies, the researchers declared that regular caffeine intake could result in burning an extra 80 kcals to 150 kcals per day. 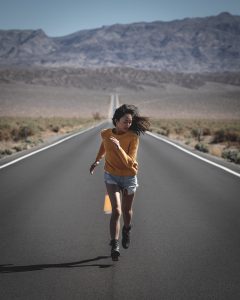 One interesting study showed that caffeine consuming men had more semen volume and significantly less sperm DNA fragmentation than non-caffeine consuming men. It is good news for all of us. The research which was conducted by The University of Texas Medical School proved that the men who consume an amount of 300 mg of caffeine per day have a much lower risk of developing ED (erectile dysfunction). Reduced risk was even observed among men consuming as little as less than 100 mg of caffeine per day.

Caffeine Reduces Kidney Stone Risk. One study published by The American Journal of Clinical Nutrition indicated that caffeine intake has been associated with a lower risk of kidney stones (Nephrolithiasis). The research showed that those who consumed caffeine from any source had less kidney stone formation than those that did not consume caffeine. The researchers believe that caffeine makes urine more diluted that provides with a better working condition for human kidneys. It appears that caffeine has a protective effect on the progression of the disease. Another study (2018) also confirmed that caffeine consumption reduces the mortality rate for the patients living with kidney disease.

A recent study conducted by the Australian Department of Defense found that caffeine consumption improves driving performance and reduces driver error. There were two large groups of military drivers who did not take sleep for 50 hours to participate in the research. The group who was taken caffeinated gum (link to caffeinated gum amazon) proved that they made much less mistake than the group who was given placebo gum (no caffeinated). The research concludes that caffeine reduces driving errors.

According to an article on neurology.org, caffeine may protect against Parkinson’s disease. The article published in May 2015 confirmed that a cup of coffee a day may help keep Parkinson’s disease away. A research conducted by Massachusetts General Hospital discovered the link between caffeine consumption and a decrease risk of Parkinson’s. The results from the study showed that those who consume coffee are at much risk of developing Parkison’s disease and it even reduces the risk of those genetically more likely to develop the condition.

Caffeine is good for the heart. A study out of Germany found that the amount of caffeine typically in 4 cups of coffee daily helps strengthen heart muscle cell function and prolongs the life of heart muscle cells. 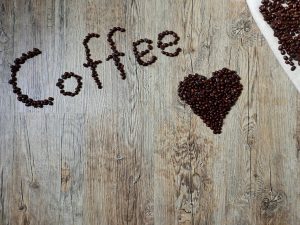 Caffeine is an antioxidant. The antioxidant effects of caffeine contribute to the health benefits of coffee and tea, enhancing the effects of their antioxidant polyphenols. Studies have found that people who drank two or more cups of coffee per day were, on average, 14% less likely to die from any cause during the study follow-up periods than those who drank little or no coffee.

Due to health benefits of caffeine consumption, a large deal of caffeinated supplements are marketed and can be easily found online. For non-food items, caffeinated products are quite popular: shampoo, shaving cream, toothpaste, and even hair styled gel!

Caffeine is a potent substance and widely used in our life. There are science researches that prove the benefits of caffeine consumption to human health. There are also non-food caffeinated products that you can easily find in the market.

This website uses cookies to improve your experience while you navigate through the website. Out of these cookies, the cookies that are categorized as necessary are stored on your browser as they are essential for the working of basic functionalities of the website. We also use third-party cookies that help us analyze and understand how you use this website. These cookies will be stored in your browser only with your consent. You also have the option to opt-out of these cookies. But opting out of some of these cookies may have an effect on your browsing experience.
Necessary Always Enabled
Necessary cookies are absolutely essential for the website to function properly. This category only includes cookies that ensures basic functionalities and security features of the website. These cookies do not store any personal information.
Non-necessary
Any cookies that may not be particularly necessary for the website to function and is used specifically to collect user personal data via analytics, ads, other embedded contents are termed as non-necessary cookies. It is mandatory to procure user consent prior to running these cookies on your website.
SAVE & ACCEPT
Shopping cart0
There are no products in the cart!
Continue shopping
0
Scroll to Top